Weekend Preview: Another trip to Bellingham and West Sound 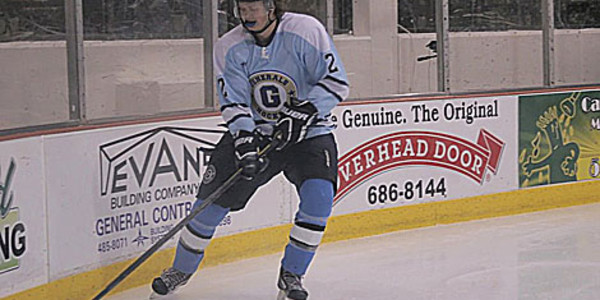 On Friday and Saturday, the Generals will travel to Bellingham before travelling to Bremerton, Washington for a Sunday matinee against the Warriors.

The Generals have played only once against the Blazers so far, back when the two teams squared off in a Sunday match on October 13th. While the first two periods were close, the Blazers dominated the final period with six goals for an 8-2 win. Forwards Matt Walton and Dans Berzanskis each recorded a goal and an assist in the loss.

Last weekend, the Blazers hosted the Tri-Cities Outlaws for a pair of home games. Tied 1-1 late in the third period, the Outlaws broke the deadlock with sixteen seconds left to hand Bellingham its third loss of the season. The Blazers bounced back the next night and cruised to an 8-4 victory. Cody Rich, the team’s leading scorer, recorded four goals in their win.

Meanwhile, the Generals and the Warriors squared off last Friday in Eugene. Down 3-0 in the third period, the Generals fought their way back into the game and were within a goal throughout the final frame. The team had a chance in the final minute to force overtime, but could not capitalize and lost 4-3. Connor Bambico, Hunter Hartman, and Kyle Ruchas all had goals for the Generals in the loss.

Two weeks ago, before their first game in Bellingham, the Generals played two games in West Sound. The Generals had leads in both contests, but lost by scores of 5-2 and 4-3.

West Sound and Bellingham are the two top teams in the NPHL standings as of today. The Warriors’ only loss came in Bellingham while two of the Blazers’ losses were to West Sound.

Of the top twenty scoring leaders in the NPHL, eighteen play in Eugene, Bellingham, and West Sound. Three Generals’ players are in the top fourteen in the league: Walton, Hartman, and Berzanskis. Walton has fourteen points through six games while Hartman and Berzanskis have thirteen through seven.

These three games this weekend are the first three of five consecutive on the road. Next weekend, the Generals will travel to Tri-Cities and play two on the Outlaws’ home ice.

The Generals return home on November 15th when they host the Warriors in the first of two home games that weekend. Tickets are on sale at eugenegenerals.com or by calling 541-359-4154.