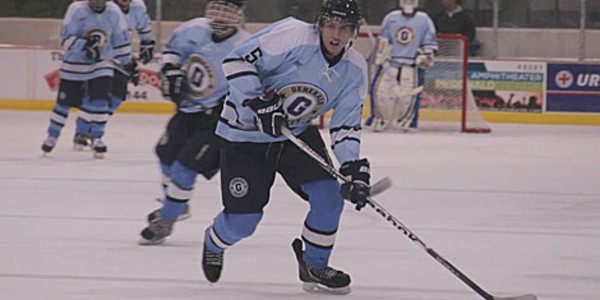 Despite having 51 shots on goal, the Generals could not get one past Blazers Goaltender Robert MacDonald. Friday’s game marks the first time this season the Generals were shutout.

The Blazers, meanwhile, had 60 shots on goal, with 27 of those coming in the first period of action.

In the first period, Bellingham’s Mason Wade scored his first goal of the night at 4:36 to put his team up first. Cody Rich and Mickey Turner assisted for their first points of the game.

At the 10:40 mark, Turner took advantage of the power play and connected to give Bellingham the 2-0 lead going into the first intermission. Wade and Scott Hansen had the assists on the play.

The second period was full of penalties as the Blazers accounted for six different penalties. Despite spending a lot of time in the penalty box, Bellingham were able to capitalize to score once in the period. Bailey Shaver lit the lamp at 7:47 and had assists from Ty Hubbard and Nick Scherbinin.

Wade scored the two goals for Bellingham in the third period, giving him his first hat trick on the season. At 10:27, he scored a shorthanded goal on assists from Hansen and Hubbard. Five minutes later at 15:40, he completed his hat trick on passes from Rich and Hansen for the final goal of the night.

The Generals will play again Saturday night at 7:35 in Bellingham when they take on the Blazers for the second consecutive night. After that, the Generals will travel to West Sound to play a 1:35 Sunday game against the Warriors.

The next home game for the Generals is Friday, November 15th when they host the Warriors for a pair of weekend games at the Rink Exchange. Tickets are available at eugenegenerals.com.