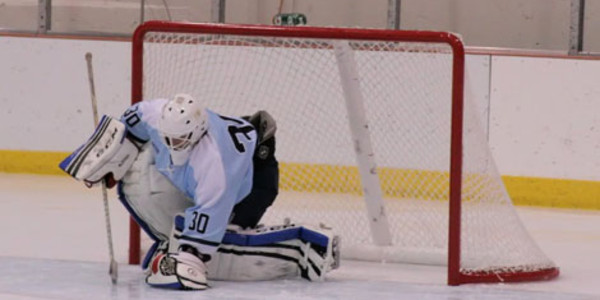 EUGENE, Ore. - In a tight contest that went back and forth, the Eugene Generals (2-7-0) fell short 5-4 against the Bellingham Blazers (9-3-0) Saturday night in Bellingham.

After not scoring at all in their Friday game against the Blazers, the Generals were able to muster four goals despite having much fewer shots on net than they did the previous night.

The Generals ended their scoring drought at 3:30 in the first period when Forward Dans Berzanskis connected for the first score of the game. Hunter Hartman and Matt Walton helped out with the assists.

Newly-acquired Forward Daniel Gomez had quite an impact in his second game with the Generals. He notched his first goal in a Generals uniform when he took advantage of the power play to put the team up two on Bellingham. Evan Carter and Kyle Ruchas had the assists on the goal, scored at 17:09 in the period.

Less than thirty seconds later at 17:38, Mickey Turner of Bellingham scored to trim the Generals’ lead down to one before the first intermission. Ty Hubbard and Cole Fundator were there for the assists.

The second period also saw a lot of action as both teams possessed leads at some point during the frame, only to be tied going into the final period.

The Blazers started out the period with a shorthanded goal coming from Mason Wade at 1:02. Turner was there on the assist to tie the game at two apiece.

At 7:41, the Blazers took their first lead of the night when Wade recorded his second goal of the game with assists to Bailey Shaver and Nick Scherbinin.

Just before the period concluded, the Generals tied the game at three when Carter scored for the team’s second power play goal of the night. Ben Sera and Buddy Dale had their first assists of the game on Carter’s goal.

Bellingham began the third with a score from Shaver just 1:53 into the final period for his second point of the night. Scott Hansen and Kristjan Toivola each recorded assists on the play.

Turner gave the Blazers an insurance goal at 7:44 when he connected on assists from Wade and Chad Haywood.

Despite being down two for the remainder of the period, the Generals would not go out without a fight. With thirty-five seconds left in the game, Gomez trimmed the deficit to just one as Sera and Carter helped out with the assists. After trying to score one more time to force overtime, the Generals were unable to do so and left Bellingham with another loss.

Although the Generals lost both games this weekend in Bellingham, there were some silver linings to take away. The play of the recently-acquired Gomez has to be a good sign going forward, while Goaltender Cody Foster posted a .909 save percentage against his former team.

The Generals will play a Sunday matinee at 1:35 in Bremerton, Washington to take on the West Sound Warriors. Fans can watch the game on fasthockey.com.