Weekend Preview: Trying to get back on track 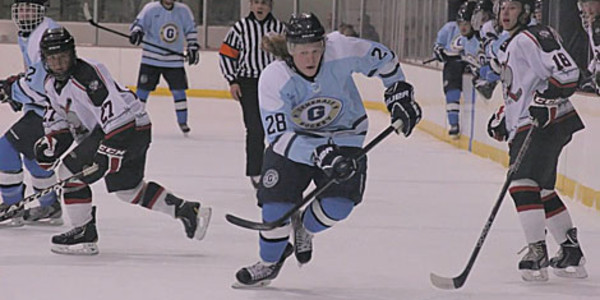 EUGENE, Ore. - The Eugene Generals (2-8-0) will travel to Kennewick, Washington to play a pair of road games against the Tri-Cities Outlaws (6-5-0).

This will mark the second and third times the Generals and Outlaws square off against each other. In the only meeting between both teams this season, the Generals lost a close 6-4 game in Eugene on the team’s opening night. The Generals also outshot Tri-Cities 54-34.

The Outlaws are coming off a weekend where they won two games against the Vancouver Vipers, both by a score of 7-0. Austin Mayton, the team’s leading scorer, recorded two goals and an assist in each of the game versus the Vipers.

Meanwhile, the Generals are looking to end its four-game losing streak in the last two of its five-game stretch on the road. The Generals spent a lot of time travelling last weekend as they went up north to play two in Bellingham against the Blazers and one against the West Sound Warriors.

During the games in Bellingham, the Generals were shutout 5-0 on Friday and lost a seesaw battle 5-4 on Saturday. Playing against his former team, Goalie Cody Foster faced a flurry of shots from the Blazers, stopping 100 of 110 shots against. Daniel Gomez, the newest member of the Generals, scored twice in his second game.

In the third game of the weekend Sunday against the Warriors, the Generals kept it close midway through the second period, keeping the score tied at 2-2. The Warriors scored two more times in the second and four in the third for an 8-2 final. Gomez and Buddy Dale each had goals for the Generals, both coming on power plays.

The Outlaws will rely on their special teams against the Generals. Despite having the fewest power plays at 46, Tri-Cities has made the most of them, converting 10 times for a 21.74%, second-best in the NPHL. The Outlaws are ranked first in penalty kills with a 93.44%, allowing only 4 goals with their opponent on the power play.

For the Generals, Forwards Dans Berzanskis and Matt Walton lead the team with fifteen points apiece. Berzanskis has recorded five goals and ten assists while Walton has four scores and eleven assists, most on the team. Hunter Hartman has the most goals so far, notching eight in nine games this season.

After their trip to Kennewick, the Generals will return home next weekend on November 15th and 16th to host the Warriors at the Rink Exchange. Both games will start at 7:35 PM.