Generals hold off Outlaws 5-4 in OT 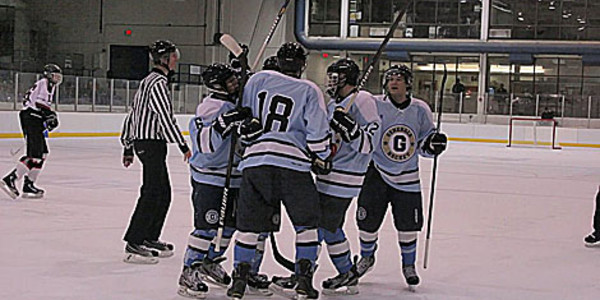 EUGENE, Ore. - In their first overtime of the season, the Eugene Generals (3-8-0) defeated the Tri-Cities Outlaws (6-5-1) to end their four-game losing streak.

Connor Hoernlein provided the heroics as he secured the Generals’ third win of the season when he shot the game-winning goal 1:40 into overtime. His overtime goal was his second—and most timely—of the game as he was assisted by Hunter Hartman.

The Generals had leads of 3-0 and 4-1 before the Outlaws stormed back to make things interesting with three unanswered goals to tie the game and force overtime.

Hartman was everywhere for the Generals as he recorded two goals and two assists on the night. His first goal was the first one of the game as he scored on a power play late in the first period. Dans Berzanskis and Connor Bambico assisted on the goal at the 18:06 mark.

Maintaining the 1-0 lead throughout most of the second period, the Generals were able to tack on an additional two to go into the final frame with a three-goal advantage. Relying on their special teams for the second period goals, the Generals scored twice not on power plays, but while shorthanded and trying to kill the penalty.

The first of the two shorthanded goals came at 15:15 when Hoernlein netted his first of two with no assist to anyone.

With thirty-six seconds left in the second at 19:24, Berzanskis connected on the other shorthanded goal with the assist to Hartman.

The third period saw a lot of action as the Outlaws refused to go quietly into the night. Kyle Miller-Smith started the scoring for Tri-Cities as he got his team on the board with a goal at 2:44. Josh Reavy and Aaron Questad were there for the assists.

Hartman responded with his second score of the night, this one unassisted, at 5:23 to put the Generals up three goals again.

That would change very quickly as the Outlaws answered with a goal of their own just seventeen seconds later. Brenden Odell tallied his first score of the night while Jared Shuck and Brendan Miller had assists on the play.

Midway through the third period at 9:35, the Outlaws trimmed the deficit to just one when Reavy lit the lamp. The two Questads, Aaron and Travis, recorded assists on the score.

Christopher Helms tied the game at four apiece when he notched his first goal of the game at 12:31. Alexander Svoboda and Antonio Torres were there on the assists.

The Outlaws’ momentum was not enough to take the lead in regulation or prevent the Generals from scoring. Tri-Cities had won their previous two games prior to this one.

The Generals and Outlaws will face off again Saturday night at the Toyota Center in Kennewick, Washington. Saturday night’s game can be seen on fasthockey.com.

The Generals return home next weekend to play two games against the West Sound Warriors at the Rink Exchange. Both contests will be played at 7:35 PM.