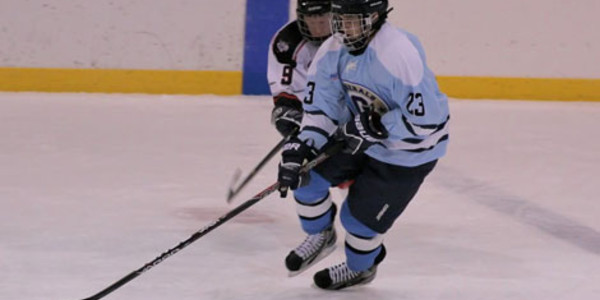 EUGENE, Ore. - The Eugene Generals (4-8-0) won their second consecutive game in a 2-0 victory over the Tri-Cities Outlaws (6-6-1) in Kennewick, Washington.

While Friday night’s game provided a flurry of goals and overtime excitement, Saturday’s game between the Generals and Outlaws did not see much scoring but did provide some late drama.

Up 1-0 late in the third period, the Generals committed a cross-checking penalty with less than three minutes left in the game and had to play a man short with the Outlaws trying to tie the game. The Generals were successful in killing the penalty but Tri-Cities pulled Goaltender Colby Bennett with forty-five seconds left to play six Outlaws versus five Generals.

Once again, the Generals stood their ground on defense and even tacked on an unassisted, empty-net goal at 19:41 to clinch the 2-0 win. Connor Hoernlein, who had the game-winning goal in overtime on Friday, scored his third goal of the weekend to seal the Generals’ second victory in a row.

Other than penalties from both teams, the first period was void of any thrills as neither the Generals nor the Outlaws could score.

In the second period, Forward Dans Berzanskis provided the go-ahead goal at 6:05 to break the scoreless deadlock. Hoernlein had the assist on Berzanskis’s seventh goal of the season.

Goalie Cody Foster showed some of his form from the playoffs a season ago in this battle, stopping 35 shots from the Outlaws, 18 coming in the third period. This was Foster’s first shutout since March 12 when he was with the Bellingham Blazers. He saved 25 shots against the West Sound Warriors in Game 1 of the Cascade Cup Championship. Saturday’s shutout marks his sixth career shutout in NPHL play and first with the Generals.

Saturday’s contest marks the first time the Generals have held an opponent scoreless in a game since January 15, 2011 when they shutout the River City Jaguars 3-0. Lee Satran was the goalie in the win and had the Generals’ last shutout until Foster’s Saturday night. Foster also had the Generals’ nineteenth in franchise history.

The Generals finish their road stretch having won two of five games away from home, both coming this weekend in Kennewick. The team returns home to Eugene next weekend on November 15th and 16th to host two games against the Warriors at the Rink Exchange. Tickets are on sale at eugenegenerals.com or by calling 541-359-4154.