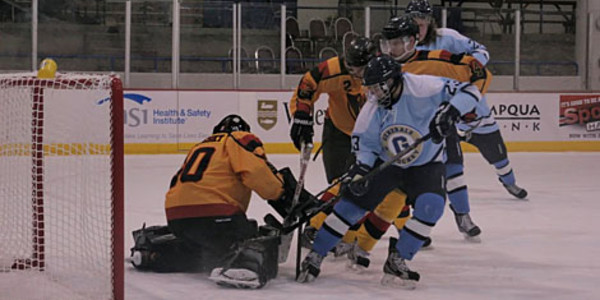 The Generals kept it close with the Warriors before giving up the last eight goals of the contest. The Warriors outshot the Generals 48-28.

In the first period, the Generals struck first when Connor Bambico connected on a power play at 5:13. Hunter Hartman and Dans Berzanskis assisted for the first score of the game.

Jimmy Morgan of West Sound tied the game at one apiece when he scored at 14:36. Ivan Bondarenko and Peter Mingus were there on the assists.

The Warriors controlled the second period as they outscored the Generals four to one to go into the third period with a 5-2 advantage. Joe Glithero, Gavin Nickerson, Scotty Perkins, and Jake McMullen all had goals for West Sound in the second frame.

Dustin Gomez recorded his first goal in a Generals’ uniform when he scored on passes from Kyle Ruchas and Ben Sera at 7:10 in the second period. His score would be the last one of the night for the Generals as they were able to cut the deficit to 3-2.

Similarly to the previous twenty-minute frame, the Warriors controlled the third period with a barrage of six goals. Bondarenko, Morgan, McMullen, Brantt Heble, Nickerson, and Dylan Curtiss scored for West Sound in the final period.