Weekend Preview: Generals back in action 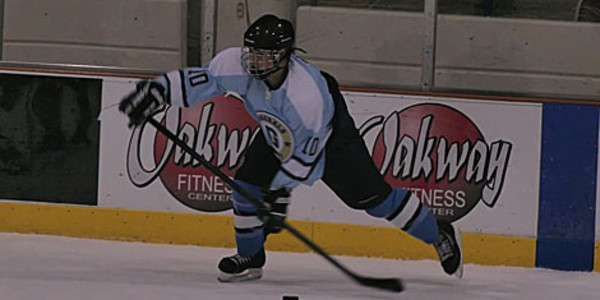 After not playing last weekend, the Generals will play their first games this Friday and Saturday since November 16th. The Generals will travel to Vancouver for a Friday night matchup and host the Vipers Saturday night at the Rink Exchange.

The Generals and Vipers have played each other only twice so far this season, with both games resulting in wins by the Generals. The team defeated the Vipers convincingly in Vancouver on October 18th by a score of 11-1 with hat tricks coming from Ben Sera and Hunter Hartman. On October 19th, the Generals pulled away in the third period to win 6-3 while wearing their pink jerseys on Breast Cancer Awareness Night.

About two weeks ago, the Generals hosted the West Sound Warriors for two games at the Rink Exchange. The Generals lost the first contest 4-2 as well as the second one by a score of 11-2. Hartman recorded a goal and two assists in the two-game set while Dans Berzanskis had two assists of his own.

The Vipers, meanwhile, are looking for some offense as they have not scored in their past six games. Vancouver travelled to Bremerton, Washington last weekend to play two games against the Warriors, both resulting in losses of 12-0 and 10-0.

Through their first fourteen games, the Generals have encountered some ups and downs. The team hopes to get on the right track in these weekend games and that the two-week hiatus from games will provide a boost to the players.

Tickets for the Generals’ home game this Saturday night are available at eugenegenerals.com. The game starts at 7:35 and coverage for the EGHN broadcast will begin around 7:20.