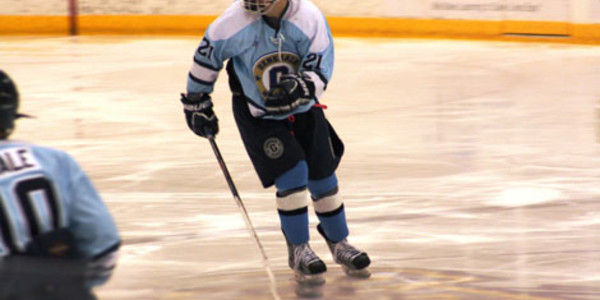 Coming off a two-game losing streak, the Generals were successful in ending their skid just north of the Oregon border. Friday night’s game was the first for the Generals since November 16th.

Evan Carter had an immediate impact playing in his first game back from injury. The former captain of the Vipers a season ago, Carter tallied two goals and two assists to help his team win.

It was Daniel Gomez though who got the action going for the Generals. He recorded his fourth goal of the season on a shot at 12:15 in the first period. Carter and Jared McDaniel were there for the assists.

Carter scored the first of his two at the 19:22 mark to give the Generals a cushion of two goals going into the first intermission. Trevor Bowden, also playing in his first game back since his injury, and Gomez both notched their first assists as Generals’ players on the goal.

The Generals dominated the second period, scoring three times—twice on power plays—to go into the final frame with a commanding 5-0 lead. Buddy Dale started the scoring with a power play strike at 2:59 on assists from Carter and Kyle Ruchas. Twenty-one seconds later, Dans Berzanskis connected on the assist from Hunter Hartman. Carter ended the period with the other power play score at 13:09, coming from an assist by Ben Sera.

In the third period, Connor Hoernlein added the team’s sixth goal with an assist from Hartman at the 5:40 mark. Cody Foster’s shutout bid ended at 15:01 when Nathan Decker of Vancouver scored the team’s first and only goal of the night on a power play.

The Generals and the Vipers will play each other again tomorrow night, this time in Eugene at 7:35. EGHN will broadcast the game at eugenegenerals.com with coverage beginning around 7:20.