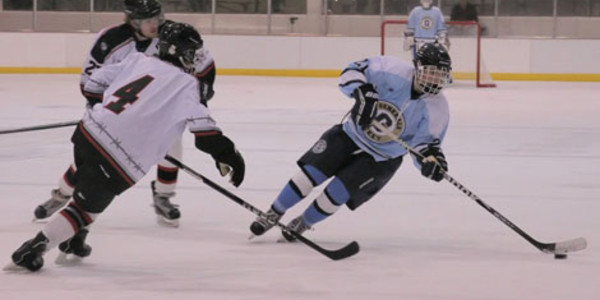 EUGENE, Ore. - The Eugene Generals (6-10-0) will play two road games this weekend in Kennewick, Washington to face the Tri-Cities Outlaws (7-10-1).

With the Generals just three points behind the Outlaws, they have a chance to take possession of third place in the NPHL by winning Friday and Saturday night.

Four weeks ago, the two teams squared off for a pair of games on the Outlaws’ home ice. The first matchup saw the Generals taking a 3-0 lead before Tri-Cities came back to force overtime. Connor Hoernlein scored the game-winner in the overtime period to give the Generals the 5-4 win. Cody Foster shined the night after as he recorded his first shutout of the season in a 2-0 victory.

Both teams were in action last weekend with as the Generals and Outlaws played the Vancouver Vipers and Bellingham Blazers, respectively. The Generals won both games against the Vipers, recording wins of 6-1 and 8-2. Evan Carter had two goals and two assists in the 6-1 victory while Evan Hastings scored his first two goals on the season in the team’s 8-2 win.

The Outlaws, meanwhile, spent their Thanksgiving weekend playing two games in Bellingham. Tri-Cities lost both of their games in 5-1 and 4-1 losses. Despite allowing nine goals total, Outlaws goalies Stephen Hunter and Colby Bennett performed well as they each had more than 50 saves. Hunter had 55 saves in Friday’s loss while Bennett recorded 54 in their Saturday night game.

This weekend’s games will be the last time the two teams play each other until later this month when the Outlaws will spend New Year’s Eve and New Year’s Day in Eugene to play two games during the day. The Outlaws beat the Generals 6-4 in the only meeting in Eugene so far this season.

The Generals come back to Eugene next weekend to host two games against the West Sound Warriors. Saturday’s game on December 14th, starting at 3:35, will be the team Teddy Bear Toss, occurring during the first intermission. All teddy bears or stuffed animals thrown onto the ice will be donated to children in the Sacred Heart Pediatric Unit. Fans receive free admission into Saturday’s game with a teddy bear or stuffed animal or can purchase one for $10 along with a ticket.