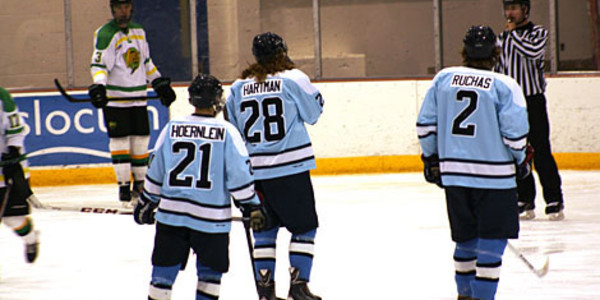 EUGENE, Ore. - The Eugene Generals (6-13-1) and the Vancouver Vipers (0-19-0) will square off this weekend for two games, one in Eugene and one in Vancouver.

Both games will be the last two for each team before the Christmas holidays. The Generals will play again on New Year’s Eve and New Year’s Day when they host the Tri-Cities Outlaws at the Rink Exchange.

The Vipers are still searching for their first win of the season after losing both games last weekend as well. Playing two at home versus the Bellingham Blazers, the Vipers lost both by scores of 10-1 and 6-0.

Having their last four games, the Generals are hoping to get back on track after losing a pair of games the previous weekend to the West Sound Warriors. The Generals lost their games by scores of 8-2 and 6-4. Hunter Hartman and Connor Hoernlein each had three goals apiece in the two contests, with Hoernlein recording a hat trick in the 6-4 loss.

Three weeks ago, the Generals and Vipers faced off in Eugene and Vancouver. The Generals won the first in Vancouver 6-1 and the second one 8-2 at home. Nine different players had goals in the two games while four (Hoernlein, Dans Berzanskis, Evan Hastings, and Evan Carter) recorded multiple goals for the Generals. The Generals also took advantage of power play opportunities as they converted four times on twelve power plays, with two coming in each contest.

So far, the Generals possess a 4-0 record over the Vipers this season. After this weekend, the teams will meet again on a Tuesday night on January 7th at the Rink Exchange.

Friday night’s game will also be Scout Night with the Generals. All boy and girl scouts in uniform receive $3 admission as well as a free Generals patch.

Fans who cannot come to Friday’s contest can watch on the Eugene Generals Hockey Network (EGHN) on the team’s website. Coverage for the game will begin fifteen minutes before the puck drops at 7:20, and will be hosted by Alex Stimson.