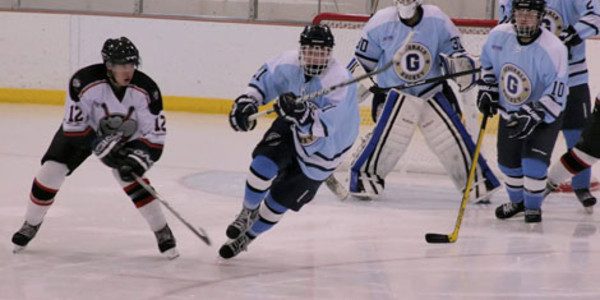 The first goal of the game came very quickly as the Generals scored just forty-eight seconds into the first period. Forward Hunter Hartman connected on his team-leading nineteenth goal of the season, with assists to Connor Hoernlein and Daniel Gomez.

In the second period, the Generals outshot the Outlaws 24-4, but were able to only accumulate one score. The score came on a power play fifteen minutes into the period by Matt Walton. Hartman and Defenseman Kyle Ruchas each had assists on the power play.

Twenty-eight seconds into the third period, the Outlaws narrowed their deficit to a goal when Aaron Questad connected on his seventeenth goal of the season. Cody Anderson and Travis Questad assisted on the Outlaws’ score.

After some penalties and an ejection, the Outlaws had one last chance to tie the game and force overtime by pulling their goalie. The Generals, though, stood their ground and emerged victorious in the New Year’s Eve contest.

The Generals and Outlaws play each other again tomorrow afternoon for a New Year’s Day game at 3:35. EGHN will broadcast the game with Alex Stimson serving as host.