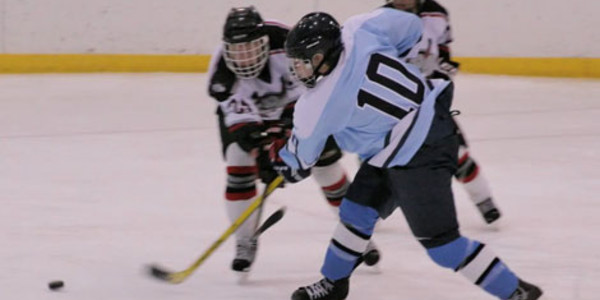 Both teams played each other tight in the first period, with the Generals tallying ten shots on goal compared to the Outlaws' seven. The Generals answered with the first score 18:33 into the period, coming on a power play goal from Connor Bambico. Kyle Ruchas and Matt Walton had assists on the successful power play.

The second period was controlled by the Generals, who scored twice and accumulated sixteen more shots than the Outlaws. Namely, Connor Hoernlein shined in the second period, scoring both goals for the Generals at the 9:00 and 17:25 mark. Hoernlein's first goal came on assists by Buddy Dale and Daniel Gomez while his second score, on a power play, had assists from Quentin Holmes and Evan Carter.

Dans Berzanskis had the next two goals for the Generals, both coming in the third period. His first goal of the night came at 5:26 with assists by Holmes and Hunter Hartman. Berzanskis's other goal, at 10:40, was the team's third successful power play of the game, coming on assists by Bambico and Walton.

The last goal of the game occurred with fifty-nine seconds left, a score from Daniel Gomez. Hoernlein and Carter each had assists on the play.

Recording fourteen saves on fourteen shots, Generals Goalie Cody Foster had his third shutout of the season. Foster's shutout was his second against the Outlaws this season.

The Generals play again Tuesday night at 7:35 against the Vancouver Vipers at the Rink Exchange. The game will also be the team's first 2 for 1 Tuesday of the season; fans can purchase two tickets for the price of one for this game.