Tuesday Preview: Generals go for fifth in a row 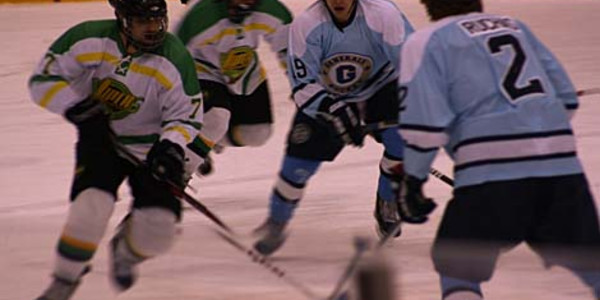 The Generals are on a torrid stretch, coming into Tuesday night riding a four-game winning streak. The Generals have not lost a game in over three weeks, with their last loss coming December 14th. With a win, the team will move one step closer in trying to catch the Tri-Cities Outlaws for third place in the NPHL standings.

The last time the Generals and Vipers last played each other December 20th and 21st, in Eugene and in Vancouver, respectively, with the Generals winning both by scores of 5-0 and 5-1. In the 5-0 win, Goalie Cody Foster recorded his second shutout of the season while Hunter Hartman and Erik Rosencrans each scored two goals. The Generals had five different players with goals the next night as they won their last game before the Christmas holidays.

On New Year’s Eve and New Year’s Day, the Generals played two games at the Rink Exchange against the Outlaws. The Generals ended 2013 and started 2014 on high notes as the team won both its games by scores of 2-1 and 6-0 to increase their current winning streak to four.

The Vipers, meanwhile, are in search of their first win of the season. Last weekend, the Vipers travelled to Bellingham and lost both their games by scores of 8-2 and 11-0. Caleb Collins and Sam Rosenberg, the team's leading scorer, each had goals for Vancouver.

During their winning streak, the Generals have outscored its opponents 18-2 in the four games. Hartman and Matt Walton have each tallied seven points in the last four contests while Foster has saved 60 of 62 shots against.

After Tuesday's game, the Generals will host the Bellingham Blazers Friday and Saturday for the first time this season. Friday is the team's blood drive while Saturday is the second Boys and Girls Scout Night of the season.

Tuesday's match is also the first 2 for 1 Tuesday of the season. Fans who show up can buy two tickets for the price of one regular ticket; the next 2 for 1 Tuesday will be February 4th. For those who cannot make it out Tuesday night, the game will be broadcast via EGHN with Alex Stimson serving as host.