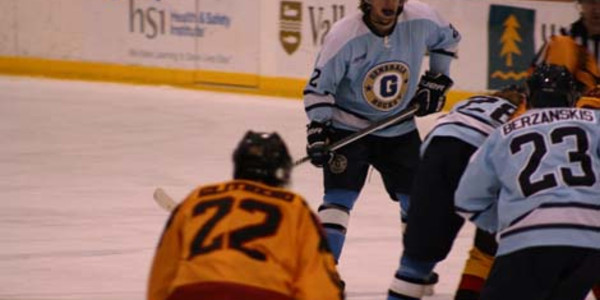 Currently on a seven-game road stretch, the Generals played the first three last weekend, winning all of them. The Generals defeated the Vancouver Vipers twice and the Tri-Cities Outlaws last Friday.

During those three games, the Generals played all three of their goalies. Amongst Chris Pritchard, Cody Foster, and Daniel Spencer, the three combined to save 76 shots for a save percentage of 95%.

West Sound, meanwhile, is coming off a weekend where they had a chance of regaining first place with two wins against the Bellingham Blazers. Instead, the Blazers used their home ice advantage to win both games against the Warriors and gain separation in the standings. West Sound lost 6-3 on Friday and 5-1 last Saturday.

The Generals and Warriors last played each back on December 14th in Eugene. The Generals could not overcome a slow start and came up just short in a 6-4 defeat. Connor Hoernlein had two goals and one assist while Hunter Hartman recorded four points, three of which came on assists.

This weekend’s away games will be the last two meetings between the teams this regular season. With both teams having clinched playoff spots, there is a possibility the Generals and Warriors could meet in the playoffs.

With Tri-Cities not playing this weekend, the Generals have a chance to take third place in the NPHL standings with a win. The Generals own the potential tiebreaker due to head-to-head record against the Outlaws.

After this weekend, the Generals will travel to Bellingham to finish off their away games for the regular season. The team returns home February 4th at 7:35 against the Vipers, which will also be 2 for 1 Tuesday where fans can buy two tickets for the price of one.