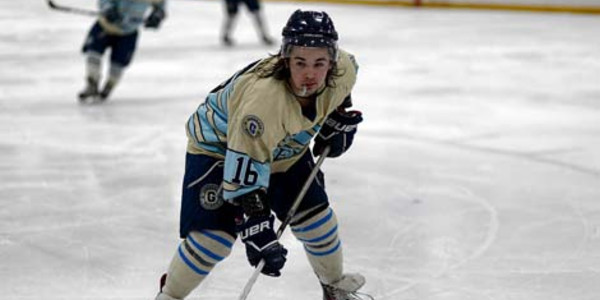 Unlike the previous night, the Generals were engaged in a tight battle the whole game with the Warriors. Still, they could not get the win as West Sound took advantage of their opportunities; most notably, the Warriors converted twice on the power play, which would wind up being the difference in Saturday's contest.

The Generals were the first ones on the board with a goal late in the first period. Ben Sera recorded the first Generals' goal of the weekend at the 17:14 mark, with assists to Quentin Holmes and Daniel Gomez.

With just five seconds left in the first period, Ivan Bondarenko had his third goal of the weekend to tie the game at one apiece. Joe Glithero and Peter Mingus were there for the assists.

In the second period, the Warriors had many chances with 24 shot attempts during the period. The Warriors connected once during the frame, coming on a late power play goal by Mingus at 17:09. Glithero and Brantt Heble had assists on the power play score.

The Generals had a chance to potentially tie the game late in the third period with a power play opportunity. That would not happen as the Warriors scored a shorthanded goal at 16:31. Andy Williams provided the insurance goal, with Glithero recording his third assist on the night.

Goalie Cody Foster played well in goal for the Generals as the Warriors had 57 shot attempts. Despite that, he stopped 54 of their shots and helped the team stay competitive in the game.

Tonight's contest was the fifth away game in a row for the Generals; the Generals will play two more road games next weekend in Bellingham to finish off their away regular season schedule.

The Generals return to Eugene on Tuesday, February 4th at 7:35 to host the Vancouver Vipers. The game will be 2 for 1 Tuesday, with fans being able to purchase two tickets for the price of one.