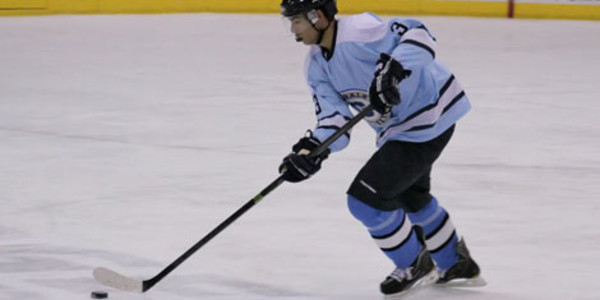 The format for the NPHL Playoffs is a five-game series, which also includes the final round. As a number three seed, the Generals will begin the first round on the road in Bremerton, Washington.

Both teams are scheduled to play the first two games on Tuesday at 6:35 PM and Wednesday at 7:05 PM in Bremerton with a potential game five this Sunday at 1:05 if necessary. The Generals will host the third game of the series Friday night at 7:35 as well as a possible game four Saturday at the same time if necessary.

Tuesday’s game one will mark the first time the two teams have played each other in exactly a month. The last meeting, on January 25th, saw the Generals take an early lead on the road before the Warriors scored the remaining goals to win 3-1. Ben Sera recorded the team’s lone goal for Eugene while Goalie Cody Foster stopped 54 shots on the goal from the Warriors on 57 attempts.

The Generals built some momentum going into the playoffs by winning their past two games, both against the Tri-Cities Outlaws. Dans Berzanskis has been a tear in those wins, having recorded two goals and an assist in both games for a total of six points. Hunter Hartman, the team leader in points, has provided four assists during that stretch while Kyle Ruchas scored a goal in each of the last two contests.

The Warriors, though, have weapons that can provide all sorts of trouble for teams. Peter Mingus recorded 102 points (27 goals, 75 assists) during the regular season while Ivan Bondarenko had 101 points (50 goals, 51 assists).

In terms of goaltending, the Warriors have split nearly identically between Aaron Zavesky and Forrest Savel. Zavesky has played in nineteen games while Savel has been in goal for twenty-one of the Warriors’ games. It will be interesting to see who will be stopping shots for West Sound in this series.

Winner of this series will move on to the NPHL Finals to take on either the Bellingham Blazers or the Tri-Cities Outlaws. The Blazers have home-ice advantage over the Outlaws and both teams will play on the same days as the Generals and Warriors.

Playoff tickets for Friday and potentially Saturday are $10 for adults and $6 for students and seniors; children under the age of five receive free admission. Tickets for the playoffs can be purchased at the Generals’ ticket office or online at eugenegenerals.com.

For those who cannot make it out to the Rink Exchange this weekend, fans can watch the Generals in action online via the Eugene Generals Hockey Network (EGHN). Coverage will begin fifteen minutes before the puck drops and Alex Stimson will serve as host.