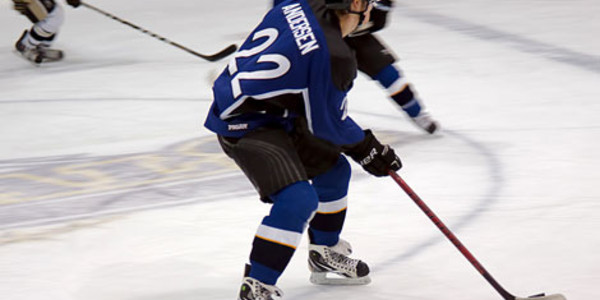 EUGENE, Ore. - The Eugene Generals (5-3-1) will play the Vancouver Vipers (2-9-0) on Friday in Eugene for Military Appreciation Night. The two teams will play once more, but in Vancouver, on Saturday.

The Generals have invited all Military personnel and veterans, as well as their immediate family members, to the game and will receive free admission with their Military ID.

The last two meetings between these team resulted in the Generals out scoring the Vipers 17-3.

Eugene’s special teams have been imperative to the team’s success this season. The Generals’ power play, which operates at 30.65 percent, is the best in the league. To make matters worse for the Vipers, the Generals power play operates at 42.1 percent when facing Vancouver. If the Vipers are going to want a chance to win this weekend they will have to find a way to not take penalties, and when they do, they will have to find a way to shut down the Generals power play.

The Vipers struggled to put points on the scoreboard last time they played the Generals.

Of Vancouver’s active players, three registered one point or more in each of the last three games against the Eugene squad. This list includes Cody Dettman, Cody Larkin, and Cody Anderson.

The Vipers must score early if they want a shot in this weekend’s series.

On the other hand, the Generals are seemingly unstoppable when they score early. The Generals are 5-0 when leading after the first and second period.

The Generals’ Friday night game is to be held in the Lane County Ice Arena at 7:35 p.m. For those dedicated fans that cannot make the game, the game can still be enjoyed by streaming it online via the Eugene Generals Hockey Network. Coverage of the game will being approximately 15 minutes before the start of the game, and will be hosted by Alex Stimson.