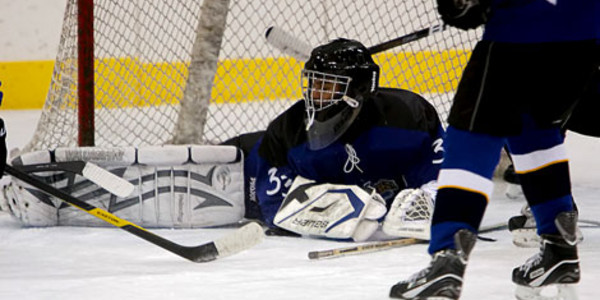 After Saturday’s win, the Generals have catapulted themselves into second place in the league. The Eugene squad is also riding a three game winning streak, which is tied for the second longest current winning streak in the Northern Pacific Hockey League.

The Generals scored nine unanswered goals, before the Vipers were able to get the puck past Generals goaltender Gabriel Mier y Teran.

In the first period of play, the Generals received goals from Hunter Hartman, Stephen Soloway and Jacob Scheie.

During the second period of play, the Generals received two goals from Zak Johnson and Austin Sullens. In addition, Eugene had goals scored by Krisjanis Reinfelds and Soloway, before Vancouver’s Aaron Niva put his teams first point on the board 17:42 into the second period.

Sullens and Johnson, both hungry for goals, recorded hat tricks in the third period of play Saturday night by lighting the lamp. Sullens recorded his hat trick at 14:30, and Johnson earned his at 18:31.

Niva scored his second goal of the night at 19:41 of the final period of play, but it was too little too late for the Vipers.

The Generals will play two games on the road next weekend in Bellingham. The Generals will return to the Lane County Ice Arena for November 23 and 24’s home games versus the West Sound Warriors. Saturday, Nov. 24, is the Generals’ Teddy Bear Toss, and all fans who bring a teddy bear to donate will receive free admission. The teddy bears will be donated to the pediatric unit at Sacred Heat Medical Center at RiverBend.