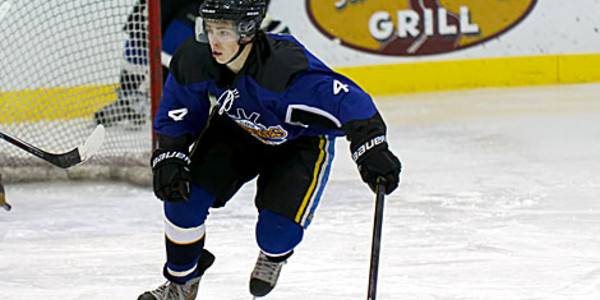 Bellingham took to the ice in the first period, and they were looking to score.

The Blazers’ Bryce Kenning and Cody Rich scored unanswered goals in the first period. As a result of their play, the Blazers took an early two-goal lead.

Avoiding the shutout, Generals captain Cody Andersen scored his team’s first goal of the night on a power play 6:25 into the second period. Andersen was assisted by Hunter Hartman and Zak Johnson.

Hartman, the first Generals player to score in the third period, lit the lamp on an unassisted power play goal 5:28 into the final period of play.

After being passed the puck form Connor Hoernlein, Austin Sullens tied the game 14:29 into the third period.

Hartman scored the game-winning goal on the power play late in the third period. Andersen and Johnson each received an assist for their contribution to Hartman’s goal.

The Generals will play the Blazers once more tomorrow night before traveling home to Eugene.