Weekend Preview: A battle for supremacy 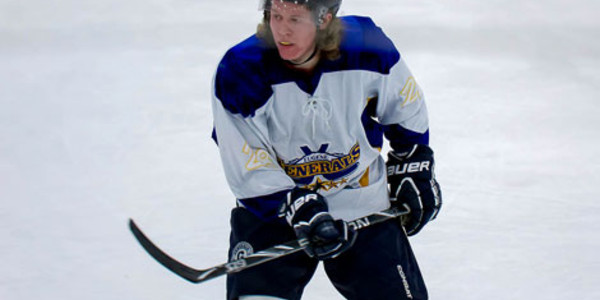 EUGENE, Ore. - The second place Eugene Generals (8-4-1) will be hosting the first place West Sound Warriors (11-1-0) this Friday and Saturday at the Lane County Ice Arena.

This Saturday will be the Generals’ Teddy Bear Toss. All fans that bring a new stuffed animal to toss on the ice will receive free admission to the game. The donated stuffed animals will be given to the pediatric unit at Sacred Heart RiverBend.

The Warriors are the hottest team in the Northern Pacific Hockey League. West sound has not lost a game since Sept. 29, to the Glacier Nationals. This dominant team is currently riding a 10 game winning streak, and the Generals will be looking to snap that streak.

At 33.3 percent, the Generals have the most lethal power play. Eugene also has a stern penalty kill, which operates at 88 percent.

The warriors are a team that can strike at any point. West Sound leads the league in most shorthanded goals scored for, with nine short handed goals in 12 games.

The Warriors are home to the leagues top three scoring leaders.

West Sound veteran forward Kai Wilkins, 42 points (21 goals, 21 assists), leads his team and the league in points. Not far behind Wilkins is Josh Twietmeyer, 35 points (16 goals, 19 assists), and Brian Farkas, 31 points (nine goals, 22 assists), who each pose a serious threat to the Generals.

For the Generals to walk away this weekend with two wins, the Eugene squad must have stellar defense and excellent goal tending. The Generals will also need their forwards to get plenty of shots on net to keep the Warriors goaltenders occupied.

Each game this weekend is scheduled to be played at 7:35 p.m. at the Lane County Ice Arena. The game will be broad cast via the Eugene Generals Hockey Network (EGHN). Join EGHN Executive Producer Alex Stimson at 7:20 for life coverage.