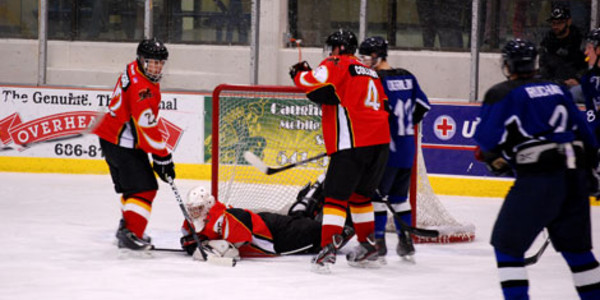 After being outplayed last night, West Sound delivered the Generals their biggest loss, thus far, in the 2012-13 season.

From the drop of the puck, the Warriors meant business.

In the second period, West Sound scored an additional two unanswered goals before the Generals could locate the back of the net. The two goals were scored by Josh Colleaux and McInnis.

The warriors scored an additional two unanswered goals in the third period. Wilkins and Twietmeyer each scored for the West Sound squad.

The Generals’ Teddy Bear Toss was a success, and collected dozens of stuffed animals to donate to the pediatric unit at Sacred Heart RiverBend.

The Generals take to the road for the next few weeks, and will not have a home game until Dec. 31, when the team plays the Vancouver Vipers.