Weekend Preview: Can we get a win? 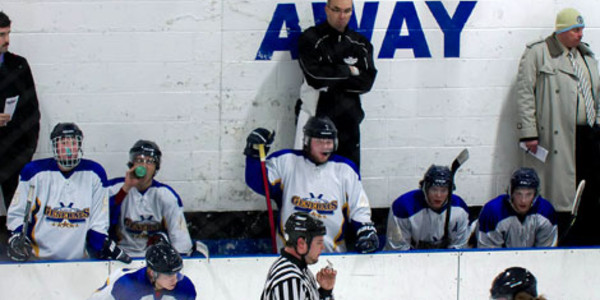 EUGENE, Ore. - The Eugene Generals (9-6-1) will play their second and third consecutive away games against the Tri-Cities Outlaws (10-8-1) this Friday and Saturday.

The Generals are riding a two-game losing streak that they are looking to turn around this weekend. Adding to the stress of the losing streak, the Generals are 0-3 when playing the Outlaws, and remain the only team in the Northern Pacific Hockey League to have yet to surrender a defeat to Eugene.

In prior matchups against the Outlaws, the Generals have looked to Austin Sullens, Zak Johnson and Matthew Walton to provide the majority of the scoring opportunities. Sullens, with four points (one goal, three assists) when playing the Outlaws, leads the team in this category, but is seventh in the team’s depth charts of leading scorers on the season.

The Generals should expect to see Outlaws goaltender Tyler Pearson protecting the pipes at least once, if not twice, this weekend. Pearson has recorded two wins in his two starts against the Generals. He has also produced a 2.31 goals against average and a 93.6 save percentage in these two starts.

A key determinant in who will win the games this weekend may be indicated in which team is leading after the first and second period. Both teams are undefeated if the have the lead after the first or second periods. For the Generals to win, they will have to score early and often.

After this weekend’s games, the Generals will take a two week break, before taking on the first place West Sound Warriors on the road December 28, and 29.