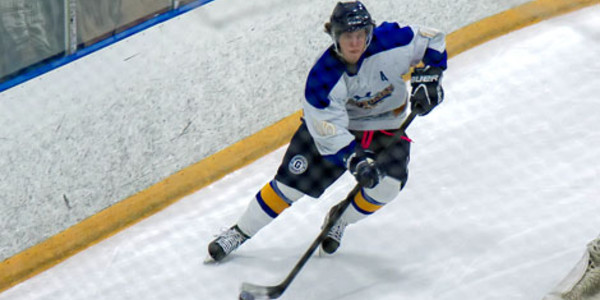 While the Generals remain tied with the Glacier Nationals for second place, tonight’s win demoted the Outlaws to fourth place in the standings.

The newest member of the Generals squad, goaltender Kevin Quinlan, had an impressive night in net in his debut performance between the pipes.

The Generals wasted little time to put the puck in the net.

Midway through the first period, the Outlaws struck back on a Generals power play. At 11:29, Brett Myer scored a short handed goal, tying the game 1-1.

The Generals responded appropriately to the Outlaws goal when Stephen Soloway lit the lamp for Eugene’s second time of the night 13:57 into the first period.

Austin Sullens was the only player on either team to score a goal in the second period. Sullens recorded his unassisted goal 10:52 into the period.

Minutes later, on a power play, Bambico scored his second goal of the game 8:26 into the period. Bambico was assisted by Matthew Walton.

Sullens went on to score the Generals final goal of the evening by scoring a power play goal 14:15 into the third period.