Weekend Preview: Let's get back on track 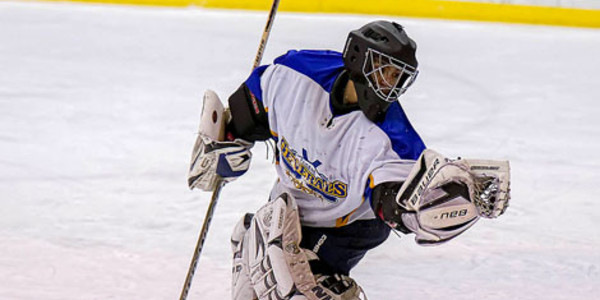 Friday night's game will be Father and Daughter Night, where every daughter accompanied by their father will receive free admission.

Last time these two teams met in a weekend series, the Generals won each game by three goals. At that point in time, the Generals were playing the best hockey they have played this season, and went on to win five consecutive games. Since then, the Generals have lost their past five games, but are looking to turn that around this weekend.

Over the course of the Generals' last five games, Zak Johnson, Hunter Hartman, and Connor Bambico, who are all leading scorers, have averaged one point or less in each game. Their offensive production, relative to the five games played prior to the Generals losing streak, is down by as much as 71.4 percent.

These top three players must find a way to put the puck in the back of the net, or help their teammates do the same, if Eugene wishes to turn their game around.

In the Generals' five prior meetings with the Outlaws this season, it has been Johnson, Bambico and Hartman that have put the most points on the scoreboard. However, the Generals have much more depth than their top three scorers. Eugene has seven players that have managed to record one point or more in each of the five prior games against the Outlaws.

The Generals have looked towards Gabriel Mier y Teran to start in net three of the five times these two teams have met. Mier y Teran is 1-2, has a 3.67 goals-against average, and a .913 save percentage in those three starts.

One of the newer members of the Generals' roster, Kevin Quinlan, has started one game against the Outlaws, and managed to help Eugene earn a win. Quinlan stopped 20 of the 22 shots that were fired on net in his only start against Tri-Cities.

Although the Generals have had decent goaltending against the Outlaws, it is an area lately the team has struggled with. After last weekend's lapses in goaltending, the Generals may make their selection a game-time decision.

The Generals' defense will have their hands fun when Tri-Cities takes to the ice.

The Outlaws' leading scorer, Brett Myer, has given the Generals trouble in the past. Myer, in the five games against the Generals this season, has recorded eight points (four goals, four assists). Adding to his threat level, Myer is the hottest player between the two teams. In his last five games, Myer, 13 points (eight goals, five assists), has averaged nearly three points a game.

The Generals defense will have to play tough if they wish to keep Myer off of the scoreboard this weekend.