Generals win three in a row 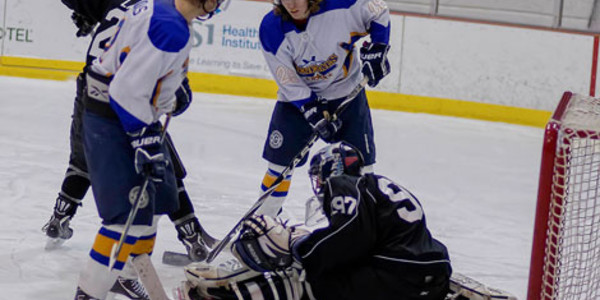 Today’s game was the Generals sixth game in the last 10 days. Unlike last weekend, the Generals have turned their performance on the ice around; winning each game this weekend.

The Vipers started off the scoring in the first period when Christopher Alberts lit the lamp 7:38 into the period.

Eugene scored the next four goals.

The Generals continued their scoring streak into the second period.

The Vipers responded to the Generals’ scoring streak with one of their own; Vancouver scored the next three goals.

Adam Moon and Jake Randol each scored one goal before the second period expired, which tied the game 3-3 as it entered the third period.

Generals’ goaltender Gabriel Mier y Teran was replaced, at 17:57 in the second period, by Brett Avery after Randol’s goal. Mier y Teran stopped six of the nine shots he faced.

The Vipers took a 4-3 lead when Logan Chavez put the puck past Avery, and into the back of the net at 2:55 of the third period.

The Generals will be on the road next weekend in Whitefish, Mont. playing the Glacier Nationals for the final time this season.