Big road loss to the Nationals 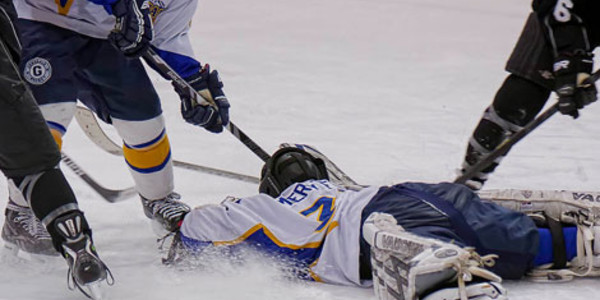 Traveling from Eugene, to Whitefish, Mont., the Generals drove more than 700 miles in the team’s bus to play in tonight’s hockey game.

Eugene’s special teams had difficulty tonight on both ends of the puck. The Generals allowed the Nationals to convert 57.1 percent of their power play opportunities into goals. Making matters worse for the Generals, Glacier’s penalty kill units stopped 100 percent of the Generals’ power plays.

The Generals’ goaltending was also a big issue tonight. Stopping 45 of the 56 shots fired on net, goaltender Gabriel Mier y Teran had an 80.35 save percentage.

In the first period, Daniel Roe, Sebastian Adnell and Austin Givens each scored one goal, and Tucker Spooner scored two.

Generals veteran defenseman Connor Bambico put Eugene on the scoreboard at 0:47 into the third period. Generals forward Matthew Walton was given the assist on Bambico’s goal.

The Nationals scored two more goals before the third period let out. Kody Johnson and Carter were the goal scorers.

The Generals did not lose tonight without going down swinging. Kyle Ruchas and Caleb Margeson each received fighting penalties.

Tomorrow night, the Generals will get a chance to redeem themselves when they take on the Nationals for the final time this season.