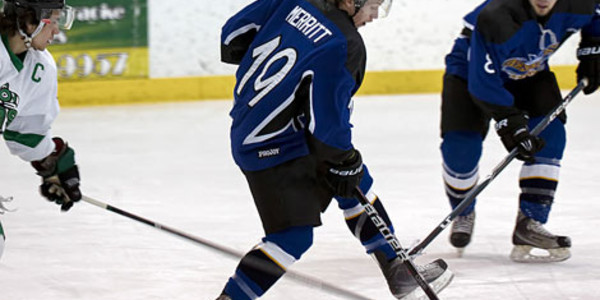 Bellingham has given the Generals trouble the past four times the teams have met; Eugene has not beaten the Blazers since Nov. 16, but the Generals are looking to turn that around this weekend. In addition, the Blazers will likely be the Generals’ first round opponent in the playoffs.

The Generals have acquired seven players since their last game, and the additional depth should be the key ingredient to snapping Eugene’s four-game losing streak against the Blazers.

Hunter Hartman, Connor Bambico and Matthew Walton have been key players when the Generals play the Blazers. Hartman (seven goals, four assists) and Bambico (one goal, 10 assists) each have 11 points, and Walton has eight points (two goals, six assists) in seven contests against the Blazers.

Recently, Bambico has been stepping his game up. Receiving the Defensive Player of the Week award by the Northern Pacific Hockey League for his performance last weekend, and recording eight points (three goals, five assists) in his last five games, Bambico is an integral part of the Generals blue line.

However, the Blazers leading scorers have been on fire, and the Generals may have their hands full when they get to Bellingham.

Blazers leading scorer Cody Rich has exploded offensively in his last five games. Rich has 26 points (eight goals, 18 assists) in those five games, and only six of his points were generated from the power play.

Both games this weekend are scheduled to be played at 7:35 p.m. The Generals will be at home next weekend when they host the West Sound Warriors on Feb. 15 and 16 at 7:35 p.m.