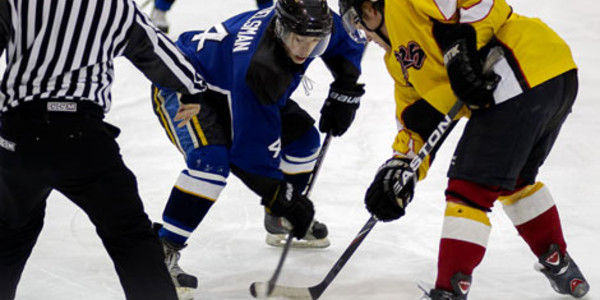 Saturday night’s game will be the final Scout Night With The Generals, where all Boy Scouts, Girl Scouts, Cub Scouts and Brownies are encouraged to attend the game in uniform. All Scouts in uniform will receive admission for $3, a specialty Generals Scout patch, and meet the team for autographs and ice skating after the game.

The Generals have looked to their top scorers to put points on the scoreboard in the past. However, it was the more unlikely candidates in Connor Hoernlein and Stephen Soloway that have recorded two of the three game-wining goals. With the addition of seven new players last week, the Generals have the most depth they have had all season, and will be looking for contributions from each line.

In the two games they have played since being acquired by Eugene, Christian Merritt, seven points (five goals, two assists), and Joshua Arnold, six points (one goal, five assists), have begun to exceed expectations.

The Generals will need every player to contribute this weekend if they wish to walk away with two wins. In the past six contests between these teams, the Generals have been out scored 38-16 and out shot 246-200.

West Sound is home to two of the three leading scorers in the Northern Pacific Hockey League. Kia Wilkins has 111 points (44 goals, 67 assists), and Josh Twietmeyer has 72 points (31 goals, 41 assists) this season.

Wilkins and Twietmeyer represent a massive scoring threat to the Generals, and it will be of the upmost importance for the Generals’ defense and goaltending to keep them off of the scoreboard.

The Generals may look to Joe Herda and Gabriel Mier y Teran to protect the net this weekend, but it will likely be a game-time decision. In his one start in net, Herda allowed one goal, produced a .947 save percentage and earned a win. This season, Mier y Teran has 11 wins, has a 4.56 goals-against average and a .880 save percentage.

The Generals will play the Warriors once more this season, on March 1.

For fans that cannot make it to the game, they can always enjoy the game via the Eugene Generals Hockey Network (EGHN). Coverage of EGHN will start approximately 15 minutes prior to the drop of the puck, and is hosted by Alex Stimson.