Too little too late for Eugene 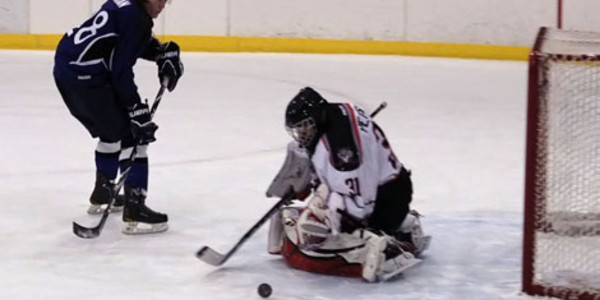 Despite the final score, the Generals out shot the Outlaws 46-19, but failed to convert a single shot on goal until the third period.

After tonight’s win, the Outlaws are one win away from passing the fourth place Glacier Nationals and earning a playoff berth. However, there are still games remaining in the season, and it will be a race to see which team will secure the final playoff seed.

In the first period tonight, Eugene appeared to be the dominant team; out shooting Tri-Cities 16-8 and possessing the puck for a majority of the period. However, neither team would score until the second period.

In the second period, the Generals played with the same determination to score that they had at the start of the game. Eugene out shot the Outlaws 19-6 but the Outlaw goaltender shutout the Generals for the first two periods.

Tri-Cities two leading scorers, Brett Myer and Devan Beck, each scored a goal for the Outlaws in the second period to give their team a 2-0 lead.

The Generals scored their first goal on the power play at 17:45 of the third period. Matthew Hopersberger was the goal scorer.Stephen Soloway and Matthew Walton were awarded an assist.

The Generals made a last-ditch effort to tie the game before time expired, but were unable to do so in the final 11 seconds of the game.

The Generals will host the Outlaws at home tomorrow night at 7:35 p.m.