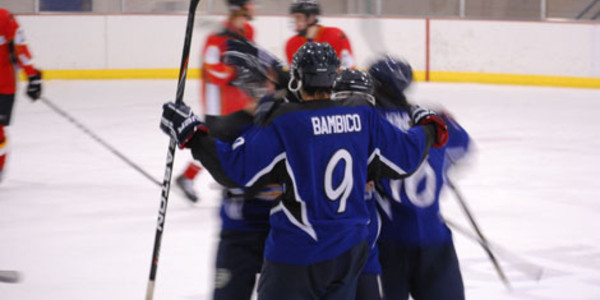 Winning three consecutive games against them, the Generals are the only team to have a winning record against the Warriors.

The Generals played strong tonight, but it took them two periods to get their momentum going.

In the first period, Domenic Kolbeins put the Warriors up 1-0 at 14:27. Kolbeins was assisted by Henry Huerta.

West Sound continued their scoring in the second period when Max McInnis lit the lamp on the power play. McInnis was assisted by Kai Wilkins and Joe Glithero.

The Generals put their first points on the scoreboard at 15:45 of the second period when Matthew Walton put the puck into the back of the net. Walton’s goal was assisted by Stephen Soloway.

Eugene wasted little time in the third period to tie the game. Zak Johnson tied the game 2-2 37 seconds into the first period, and was assisted by Christian Merritt and Robert Speer.

In over time, Merritt recorded the game-winning goal by deflecting the puck into the net at 2:09. Merritt scored off of a shot that was taken by Joshua Arnold from the top of the right faceoff circle. Arnold and Johnson were given the assists for Merritt’s game-winner.

The Generals will host the Bellingham Blazers at home next Tuesday at 7:35 p.m. and Wednesday at 6:35 p.m. for Game 1 and 2 of the first round of the playoffs.