From General to Raider 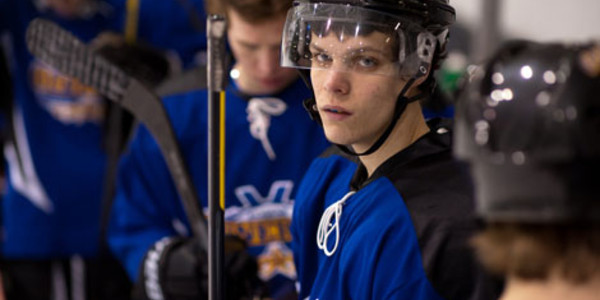 EUGENE, Ore. - Former Eugene General veteran forward Zak Johnson has announced that he will continue his hockey career at the Milwaukee School of Engineering (MSOE).

While at the MSOE, Johnson will be playing NCAA Division III hockey in the Midwest Collegiate Hockey Association (MCHA) for Head Coach Mark Ostapina. In his tenure at the MSOE, Ostapina has taken the MSOE Raiders to three MCHA championships and two Harris Cup trophies.

While playing in Eugene, Johnson utilized the resources that the Generals have at the organization's dispense to help players continue their hockey career.

As Johnson puts it, “Generals Coach [Jason] Smith and General Manager Flint Doungchak helped me with the recruiting process. They put me on Coach Ostapina’s in the beginning of the season, and then followed up with stats and updates throughout last season.”

Johnson had put the MSOE at the top of his list of colleges to attend for both academics and hockey. He wasted little time to pursue the chance to play collegiate after the Generals’ season ended.

“I’ve been talking to Coach Ostapina since April, shortly after returning home from Eugene,” says Johnson, “and we quickly developed a great relationship together.”

According to Johnson, “[Coach Ostapina] said that his top priority next year is to improve the Raiders’ power play, and he loved what I did for the Generals’ power play last year.”

While playing in Eugene, Johnson had plenty of opportunities to get on the ice, and train off the ice. Helping Johnson develop as a player, “Coach Smith helped build my confidence,” says Johnson, “by using me in critical situations.”

Johnson was accepted to the MSOE on April 22, and officially committed on April 30.

While attending the MSOE, Johnson plans to major in Business Management with a focus in Engineering Studies.