Eugene Generals Come Out On Top Against Tomahawks 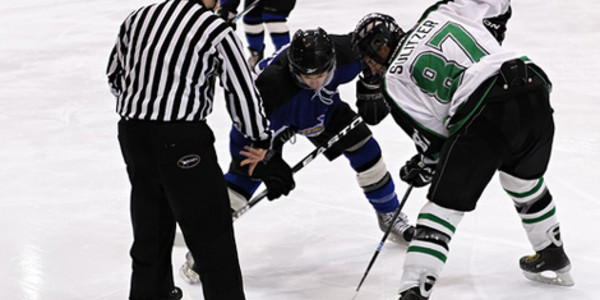 The Eugene Generals (19-22) outscored the Puget Sound Tomahawks (2-38) 7-3 on Friday, January 28th. The Generals came from behind in the first period and dominated the scoring for the remainder of the game.

Eugene started off the scoring for the night with a goal during a powerplay. Eugeneï¿½s Justin Gregory was the scorer for the Generals with the assists from Connor Bambico and Kirby Carlson. Puget Sound answered back with two goals to take the lead for most of the period. The Tomahawk goals came from Zachary Albers and Marc Potvien. However, Jimmy Reedï¿½s unassisted goal that came with seven seconds remaining in the period left score 2-2.

Early in the second period during a powerplay, Connor Bambico found the back of the net with the help of Randy Ludwig and Justin Gregory to give the Generals the lead. Kirby Carlson then added two more goals, the second of which came during another Generals power play. Before the end of the second period, Puget Soundï¿½s Christofer Videto scored during powerplay with assists from Ethan McAlpine and Michael Doubrava.

Jimmy Reed scored his second goal of the night early in the third period with an assist from Jordan Blake-Jones. Justin Huelsman scored midway through the final period off another assist from Blake-Jones leaving the final score 7-3.

ï¿½I would classify tonightï¿½s game as solid but not spectacular,ï¿½ Head Coach Chuck Kennedy said about the nightï¿½s games. ï¿½We struggled a bit in our zone with the trap Puget was playing in the first period. Then the boys started to read the play better in the second and third so puck movement out of the zone was solid. It was good to see the goal distribution as well because in playoffs we will need all lines contributing.ï¿½

The Eugene Generals play the second game of the weekend on Saturday the 29th at the Lane Events Center-Ice. The puck will be dropped at 7:35 pm with the EGHN pregame starting at 7:15 pm.

For more information on the Eugene Generals or EGHN visit eugenegenerals.com