Generals Lose A Hard Fought Battle To The Spartans 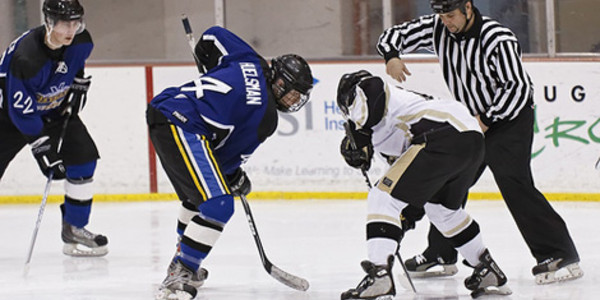 The Eugene Generals junior hockey team (25-27) lost a hard fought battle against the Southern Oregon Spartans (39-14) to put the Spartans ahead 2-0 in the playoff series. The score was tied until the end of the second period when the Spartans took the lead and held it for the remainder of the game.

Within the first two minutes of play Southern Oregonï¿½s Shane McGuinness scored for the Spartans with an assist from Brandon Burlingame. Kyle Kennedy answered back for the Generals and tied up the score with the help of Ray Frianeza and Kirby Carlson.

Randy Ludwig put the Generals ahead early in the second period with the assist coming from Kirby Carlson. However, the Spartans tied the scored up once again after Vance Bridgman scored off an assist from Greg Heimann. Then, Dane Irvingï¿½s unassisted goal, which came at the end of the second period, put the Spartans ahead and they would keep the lead the rest of the game.

Southern Oregon was able to find the back of the net once more during the match up to make the final score 4-2. The final Spartan goal came from Brandon Burlingame with an assist from Chris Whitten.

For more information on the Eugene Generals or EGHN visit eugenegenerals.com