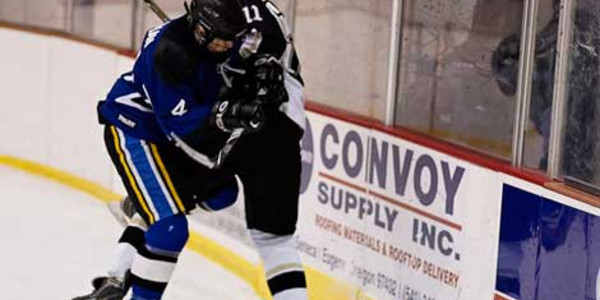 Eugene, OR - The Eugene Generals defeated the Southern Oregon Spartans on Friday night 7-6 in overtime at the RRRink in Medford, Oregon. The Generals had a 4-2 lead heading in the third period, but the Spartans scored 4 unanswered goals. Kirby Carlson scored the fifth goal 10:34 into the third period. Carlson scored his third goal of the game with 12 seconds left, sending the game to overtime.

The Generals now trail the best of five series 2 games to 1. The Generals host Game 4 of the series tomorrow night at the Lane Events Center Ice at 7:35. For tickets or more information visit Eugenegenerals.com.