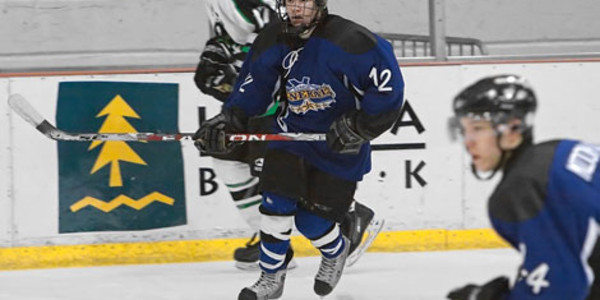 The Eugene Generals (12-3) put together their most offensive performance since Saturday, September 24, 2005 last night in Medford, OR with an 18-2 win over the Rogue Valley Wranglers (2-13). The Generals tied their franchise record 18 goals from their third NORPAC game, which was an 18-1 victory over the Kent Crusaders (now Seattle Totems). The Generals set a franchise record this weekend with 28 goals in two consecutive games, as they outscored the Wranglers by 25 over Friday and Saturday night.

We were able to showcase our offensive prowess this weekend without completely taking away from our defensive game,” Generals head coach Jay Miller stated. “It was great to see everybody getting involved, instead of just one line putting in the points. We have a lot to work on this week to get ready for Tri-City, and they are our main concern right now.”

Only two Generals didn’t have a point on Saturday night. Tyler Poulsen led the way with three goals and four assists. Ian Evans had two goals and three assists on the night, and Eric Watters had four goals. Kyle Mills and Peter Mingus each had two goals and an assist, and Brad Main had a goal and two assists. Mat Topolewski and Ryan McDonald had a goal and an assist each. Blake Bishop and Christian Merritt each had goals, and Ryan Crow, Connor Bambico, Kyle Kennedy, Ray Frianeza, Neil Holder and Jordan Blake-Jones each had an assist.

The Generals will travel to Kennewick, WA next weekend to face the Tri-City Titans. The game on Friday at Toyota Center at 7:05 PM and the game on Saturday at Toyota Arena at 1:00 PM will be broadcast in audio only on EGHN. For more information on upcoming games or EGHN please visit eugenegenerals.com.