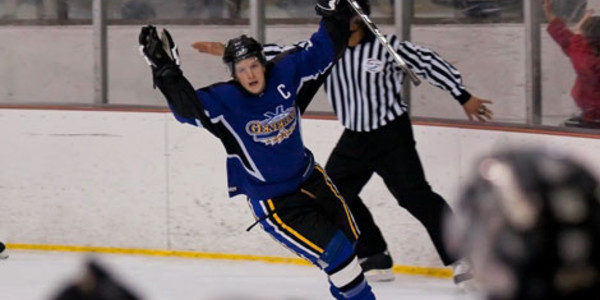 The Eugene Generals (17-3) were able to clinch their first season series after taking a 5-0 lead in the nine game season series against the River City Jaguars (7-14). This game didn’t come easy to the Generals as they had to come back from a deficit three times, but they were able to walk away with a 6-4 win.

“We definitely didn’t play our best game tonight, but when it is all said and done we fought hard to get these two points,” Generals head coach Jay Miller stated. “River City played well tonight, and they deserve a lot of credit. We will have to play much better if we want to walk away with a win the next time we play them. Right now we have to focus on correcting a few mistakes, and focus on Puget Sound.”

The Generals will travel to Bremerton, WA for the first time this season next weekend for Friday and Saturday games against the Puget Sound Tomahawks at 7:35 PM. The game will be broadcast on EGHN. For more information on upcoming games or EGHN please visit eugenegenerals.com.