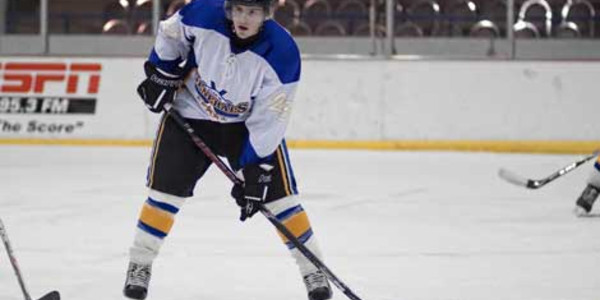 The Eugene Generals (19-3) will attempt to clinch their second season series of the year tomorrow night when they face the Puget Sound Tomahawks (8-14) at Lane Events Center-Ice at 7:35 PM. The Generals have defeated the Tomahawks in their first four of nine meetings this season, but the Tomahawks have kept things close recently.

The Generals, who are in the middle of five consecutive games with Puget Sound, were able to walk away with two one goal victories last weekend in Bremerton, WA to take a 4-0 season series lead. The Generals had to come from two goals behind with under eight minutes remaining in the first game, and they were able to hold onto a one goal lead in the second.

“Puget Sound played us really tough last weekend,” Generals head coach Jay Miler stated. “I think we played two pretty good games, especially defensively, but they made both games go down to the bitter end. I think we have some room for improvement on the offensive side of the puck, and if we can capitalize on our opportunities we should come out on top.”

Ryan McDonald was the hero for the Generals last weekend, recording two game winning goals and an assist. Eric Watters and Blake Bishop each had three points on the weekend, and Brad Main had two points.

The game tomorrow at Lane Events Center-Ice at 7:35 PM between the Generals and Tomahawks will be broadcast on EGHN. For more information on upcoming games or EGHN please visit eugenegenerals.com.