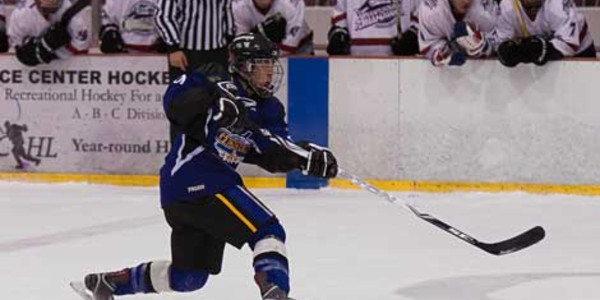 The Generals ended the five game stand with a 6-2 win tonight at Lane Events Center-Ice. The Generals are now 7-0 against the Tomahawks this season, and they will face Puget Sound two more times before the end of the 2009/10 NORPAC Regular Season.

“Its always tough to beat a team five games in a row,” Generals head coach Jay Miller stated. “I’m really happy we were able to come away with two points tonight, but we still have a lot of work to do. Right now we have to focus on River City, and putting together three periods of solid hockey.”

Ryan McDonald and Christian Merritt led the Generals with two points each. McDonald scored a goal and added an assist, and Merritt had two helpers on the night. Ryan Crow was able to score his first career Junior goal, and Trevor Ruiz, Brendan Weimer, Peter Mingus and Neil Holder each had goals. Arram Chinarian, Eric Watters, Brad Main and Rye Humphreys each had assists.

The game tomorrow night against the River City Jaguars at Lane Events Center-Ice at 7:35 PM will be broadcast on EGHN. For more information on upcoming games or EGHN please visit eugenegenerals.com.