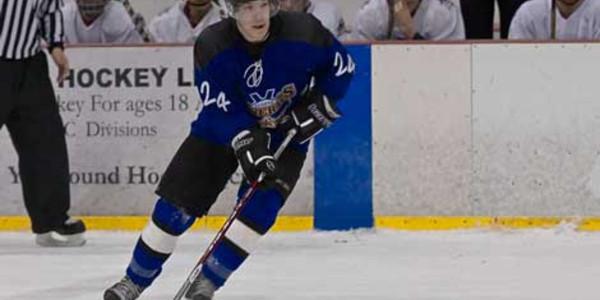 Generals second year forward Ryan McDonald scored the Eugene Generals (23-3) first three goals to lift the Generals past the River City Jaguars (10-19) in a 4-1 win tonight at Lane Events Center-Ice. This was McDonald’s, who has 46 career goals, first hat trick with the Generals. The Generals will now have ten days off before they face the Rogue Valley Wranglers on New Year’s Eve.

“I’m very happy that we were able to end this stretch on a good note,” Generals head coach Jay Miller stated after the game. “We played a little sloppy in the first, but we got better as the game went on. I hope the boys will get a good rest, and come back from the break firing on all cylinders.”

The Generals had another good night on special teams. The Generals went 2 for 5 on the power play tonight, which pushes their league leading power play percentage to 27.72%. The Generals didn’t allow a goal on 7 penalty killing opportunities tonight, and scored their 12th shorthanded goal, which also leads NORPAC.

The Generals will face the Wranglers Thursday, December 31 at 7:35 PM at Lane Events Center-Ice. The game will be broadcast on EGHN. For more information on upcoming games or EGHN please visit eugenegenerals.com.