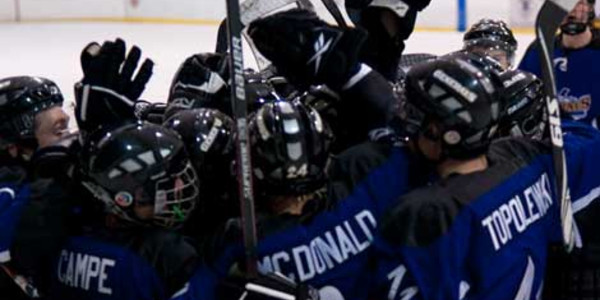 “Tri-City played us pretty tough in the first two periods, but we were able to pull away in the third,” Generals head coach Jay Miller stated after the game. “We played great hockey in the third period, and we have to carry that over to tomorrow. This is a long series, and we still have a lot more work left to do.”

The Generals got on the board early with a power play goal scored by Eric Watters and assisted by Ryan McDonald and Blake Bishop 3:29 into the first period. The Titans would tie the game 8:13 into the second, but Christian Merritt assisted Ryan McDonald just seven seconds later to give the Generals the lead for good.

The Generals will host the Titans tomorrow night at 7:35 PM for Game 2 of the series, and they will travel to Kennewick, WA on Thursday at 7:00 PM for Game 3. The game in Eugene will be broadcast on EGHN, and the game in Kennewick will be broadcast in audio only on EGHN. For more information on upcoming games or EGHN please visit eugenegenerals.com.