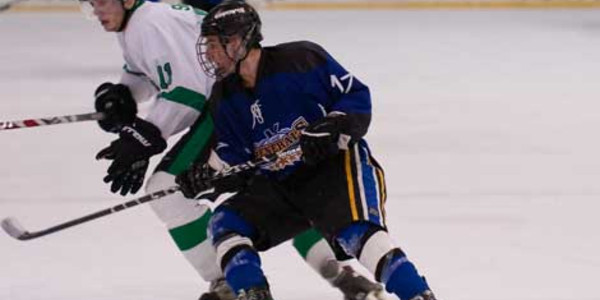 The Eugene Generals (3-1) will face the Pacific Division’s top seeded team, the Seattle Totems (3-1), for the 2010 NORPAC Pacific Division Finals. The best-of-five series will begin tomorrow in Mountlake Terrace, WA at 8:00 PM. Game 2 will also be in Mountlake Terrace on Wednesday at 7:00 PM. Game 3 will be in Eugene on Friday at 7:35 PM. Games 4 and 5 will be in Eugene if necessary.

“Seattle is a great opponent, and we will have to play at the top of our game in this next series,” Generals head coach Jay Miller stated. “There is a reason that they are the top seed, but if we play the way we know how to play we can come out on top. Our boys are ready to go. This should be a very fun series.”

The top three scorers in the series for the Generals were Ryan McDonald, Eric Watters and Neil Holder. McDonald put up eight goals and four assists in eight games, Watters had seven goals and six assists in nine games and Holder scored three goals and added seven helpers in eight games. The top goaltender for the Generals in the series was Dylan Woodring who had a 4-4 record, a 3.72 Goals Against Average (GAA) and a .914 Save Percentage (SV%).

This will be the second time the two rivals have met in the playoffs. The Generals came out on top in their only meeting with a 3-1 series win in the Pacific Division Semi-Finals. The Totems, however, are looking for their third consecutive Pacific Division Championship, a title that the Generals have not held since their inaugural season in 2006.