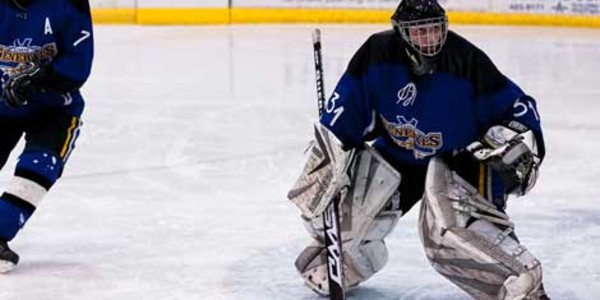 “I’m not disappointed with the way we played up there,” Generals head coach Jay Miller stated. “We had a chance to win both nights, and we had the momentum heading into the final minutes. We have to be much more aggressive in all aspects of the game tomorrow to get back into this series. We don’t want the season to be over yet, and we will do everything in our power to make sure that we continue this series.”

The Generals took the Totems to OT in Game 1, but eventually lost 3-2. Tyler Poulsen got the scoring started in the series with a goal that was assisted by Arram Chinarian and Ryan McDonald 3:40 into the second period. The Totems scored two quick goals just 30 seconds apart to give them the lead heading into the third period.

Theo Camp would assist Sean Park 6:37 into the third to give the Generals the lead, but the Totems would get the eventual game-winner 7:26 into OT on the power play to close out the contest. Chris Beede scored all three goals for the Totems on the night. Mario Retana was stellar in net for the Generals saving 41 shots on the night.

Game 2 was a defensive battle through and through. The Totems got on the board in the second period with a power play goal scored by Beede. The Generals looked as if they would even things up in the third period with an extra attacker, but Brandon Vandermoon would get the empty net goal with 16 seconds to play to ice the game for the Totems. Dylan Woodring made 30 saves in net for the Generals.

The game tomorrow will be broadcast on EGHN. If necessary, the Generals will host the Totems for Game 4 at 7:35 PM on Saturday at Lane Events Center-Ice. Game 5 will also be in Eugene if necessary on Sunday at 4:35 PM. For more information on upcoming games or EGHN please visit eugenegenerals.com.