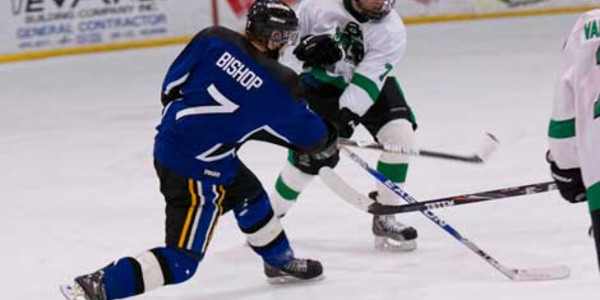 Eugene, OR – The Eugene Generals (3-4) fell to the Seattle Totems (6-1) 4-3 tonight at Lane Events Center-Ice in Game 3 of the 2010 NORPAC Pacific Division Finals. The Totems defeated the Generals in three games in the best-of-five series. The Totems will advance to the Cascade Cup Finals to face the winner of the Helena Bighorns and Yellowstone Quake series. The Quake lead the Bighorns 2-1.

“We had a great season,” Generals head coach Jay Miller stated. “This is one the best teams that I have ever been around, and it’s a bummer for it to end this way. I wish we could have made it a little bit further, but I am extremely proud of the way this team played all season.”

Seattle would get a goal just 17 seconds into the third, but Christian Merritt and Brad Main assisted Blake Bishop on the power play 6:28 into the third to knot things up. The Totems would get the game winner 11:47 into the third, and the Generals season ended with them outshooting the Totems 50-38.