Generals Clinch Series and Playoff Spot with Win Over Tomahawks 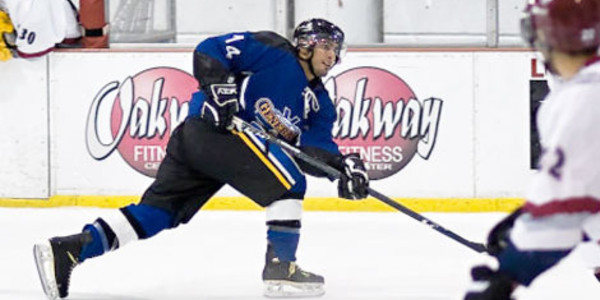 The Eugene Generals (29-7) were able to clinch the season series against the Puget Sound Tomahawks (16-18) , and were able to clinch their fourth consecutive playoff berth when they defeated the Tomahawks 7-2 tonight at Lane Events Center-Ice. The Generals are 5-2 against on the season against the Tomahawks, and will have their final meeting of the regular season tomorrow night at 7:35 PM.

“Tonight the guys really came to play,” Generals Head Coach Jay Miller stated after the game. “From the drop of the puck to the last buzzer I was really happy with how we played. The Tomahawks always play us tough, and I’m happy we were able to walk away with two points and a berth in the playoffs.”

The Generals outshot the Tomahawks 44-19 tonight, and Kevin Aslett was able to save 17 shots en route to his league leading 20th win of the season.

The Generals will host the Tomahawks tomorrow night at 7:35 PM at Lane Events Center-Ice. The game will be broadcast on GiTV. For more information on upcoming games or GiTV please visit eugenegenerals.com.