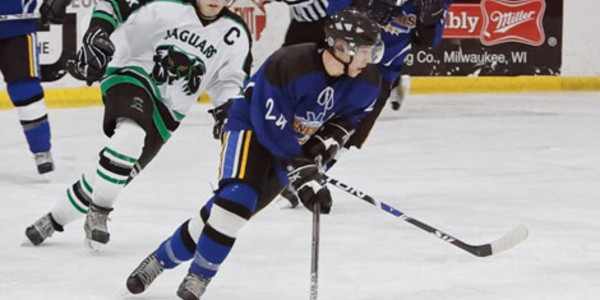 The Eugene Generals season ended tonight in devastating fashion. The Generals, who trailed the River City Jaguars 0-2 in the 2009 NORPAC Pacific Division Semi-finals, played their best game of the series, but fell to the Jaguars 6-5 in the first overtime period. The Jaguars will face the winner of the Seattle Totems Puget Sound Tomahawks series (Seattle leads 2-1) in the Pacific Division Finals.

“Its very disappointing losing the way we did tonight,” Generals Head Coach Jay Miller stated after the game. “I couldn’t be prouder of my team this season, and I couldn’t ask for a better team for my first season as a head coach. I wish this season could have ended in a better way, but we start preparing for next season tomorrow.”

Michael Frei led the Generals with two goals and an assist in his final game in a Generals uniform. Ryan McDonald put up two goals in the contest, and Tyler Poulsen and Carl Lehtola each added two assists. Kyle Mills scored a goal, and Blake Bishop, Michael Schlagel and Joe Myers each added an assist. Nolan Ohmart made 33 save in the loss.

For more information on the Generals please visit eugenegenerals.com.