Down to the Wire in Puget Sound 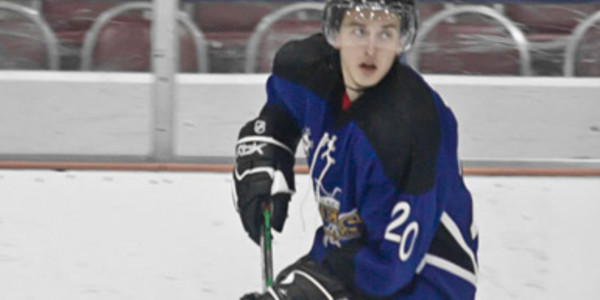 The Eugene Generals (11-5) came away with a 5-3 win over the Puget Sound Tomahawks (5-10) tonight in Bremerton, WA. The Generals held a 3-1 lead heading into the third period, but the Tomahawks were able to rally back and knot the contest at three a piece with a little more than three minutes left in the game. This could have been disastrous for the Generals, who were crushed twice last weekend by the Seattle Totems (15-1), but the true character of the Generals came out when facing adversity late in the game.

“We’re lucky to come away with a win tonight,” Generals Head Coach Chris Hartly stated. “The Tomahawks are a good team, and we didn’t play our best hockey. However, I feel like our guys showed me what they are made of in the last three minutes of the game. We’ve won a couple of close games this year, and I think the experience of coming away with wins in close games will help us out a lot as the season progresses.”

The Generals have won three two goal games this season, but tonight’s game was the toughest battle the Generals have seen. After former Generals player Jake Brewer tied the game at three with 3:06 left to play in the game, Tyler Tymchuk answered a mere 23 seconds later. Brendan Elkins was able to put the final nail in the coffin with 30 seconds remaining in the game when he put one into the empty net of the Tomahawks. It was a great win for the Generals considering they were out-shot 46-36.

The Big Town Hero of the game was Kyle McElroy. McElroy had played in seven games prior to the match-up tonight with Puget Sound, and hat yet to get a point. That drought ended for the former Lane Amateur Hockey Association (LAHA) defenseman, as he scored the first goal of the game just 1:47 into the first period. He also had an assist on Tymchuk’s game winner. A good case could have been made for Tymchuk, however as he had two assists to go with his game winning goal, and goaltender Dylan Woodring, who bounced back from a disappointing start last Friday stopping 43 of the Tomahawks 46 shots.

The Generals will face the Tomahawks tomorrow night in Bremerton, WA at 7:35 PM for their fourth meeting of the season. The game will be broadcast on GiTV in audio only. For more information on upcoming games or GiTV please visit eugnegenerals.com.