Generals Look to Bounce Back against Puget Sound 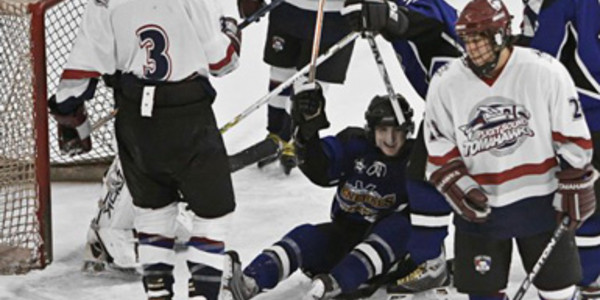 The Eugene Generals (10-5) will look to turn things around when they face the Puget Sound Tomahawks (5-9) tonight and tomorrow night in Bremerton, WA after two decisive losses at the hand of the Seattle Totems last weekend. The Generals had won a franchise record ten in a row before the losses, and will be looking to start a new streak tonight.

“The games this weekend can go one of two ways,” Generals Head Coach Chris Hartly stated. “We can get caught with our heads down after last weekend, or we can come out fired up and get back to winning games. Puget Sound is a strong team, but I have no reason to believe that we won’t do the latter. However, we will have to play a physical game, and we have to limit their opportunities.”

The Generals will have to rely heavily on veteran leadership if they want to walk away from this weekend with four points. The one standout player against Seattle was third year forward Michael Frei. Frei scored four of the Generals five goals on the weekend, and was one of only a select few who didn’t seem intimidated by the Totems. Along with Frei, Generals Captain Justin Adams and second year forward Tyler Tymchuk will have to lead the way for the rest of the Generals against the Tomahawks. Both players have put up big numbers this season, and both know how to play “gritty hockey.” This is not the first time the Generals have had to fight adversity this season, however. The Generals did lose their first three games of the season, and what followed is now in the Generals history books.

The games tonight and tomorrow night at 7:35 PM in Bremerton, WA will be broadcast on GiTV in audio only. For more information on upcoming games or GiTV please visit eugenegenerals.com.