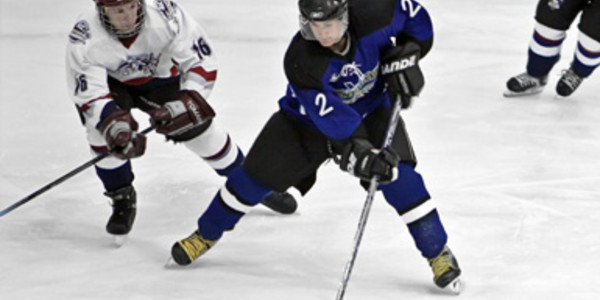 Bremerton, WA – The Eugene Generals (11-6) were defeated 6-5 by the Puget Sound Tomahawks (6-10) tonight despite out-shooting the Tomahawks by nearly 2-1. The Generals were down 5-2 with a little more than 18:30 remaining in the game, but were able to tie it up at five just five and a half minutes later. The Tomahawks proved to be too much, however, as they put the game away with under 2:30 to play in the contest.

“We fought back hard tonight, but it just wasn’t enough,” Generals Head Coach Chris Hartly stated. “We let the Tomahawks get out to a big lead, and that isn’t something you can do in this league if you want to win games. We did a lot of things right tonight, but we gave them too many chances and they capitalized on those chances.”

This was the Generals first loss of the season to a team that has a losing record and the third loss total in the Generals last four games. The one common denominator in those three losses was giving up shorthanded goals. The Generals gave up one shorthanded goal last night, and gave up two shorthanded goals in each of the losses at Seattle. The Generals did their part in one area, however. The Generals had a season low six penalty minutes tonight. The Generals were also able to put 59 and hold the Tomahawks to 31 shots. Generals starting goalie Kevin Aslett was chased out of the net after the third Puget Sound goal, and Dylan Woodring filled the duties for the rest of the game.

The Generals got their point production from three players last night. Michael Frei and Justin Adams each had two goals and two assists on the night, and Tyler Tymchuk had the only other goal for the Generals. The Generals will have to get more production from the middle of the line up if they want to continue to win games in this league. The Generals are a young team, however, and the maturity of playing big in big games should come with time.

The Generals will host the Rogue Valley Wranglers (0-18) this Friday at 7:35 PM at Lane Events Center-Ice, and will host Rogue Valley on Saturday at 7:35 PM for the 2nd Annual Military Appreciation Night presented by the US ARMY. The games will be broadcast on GiTV. For more information on upcoming games, special event nights or GiTV please visit eugenegenerals.com.