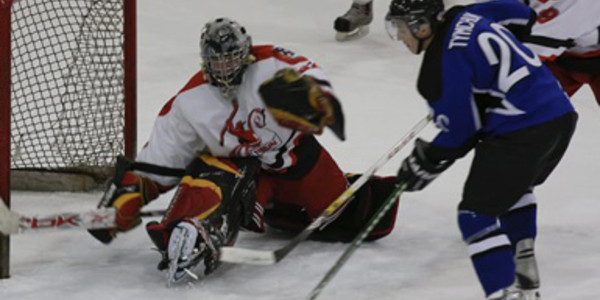 Eugene, OR – The Eugene Generals (13-6) scored twelve goals on forty-one shots in a dominated 12-4 performance against the expansion Rogue Valley Wranglers (0-20) tonight at Lane Events Center-Ice on Military Appreciation Night presented by the US ARMY. Tonight’s game was a reversal of last night’s game, as the Generals put up six goals in the first two periods tonight and held the Wranglers scoreless. The Wranglers were able to put four in the net in the third, but the Generals still won the period with six goals.

“That was a great win, and it was because of a tremendous team effort,” Generals Head Coach Chris Hartly stated. “Everybody was doing their jobs and contributing tonight. I’m disappointed they didn’t have to work for the four goals they got, but other than those four mishaps I’m happy with our overall performance.”

The Generals had a great game on the powerplay scoring four with an extra man. However, the Generals did give up two powerplay goals out of the fourteen Wranglers opportunities. The Generals will have to stay out of the box, and play well when they do take penalties, if they want to contend with the elite teams in NORPAC.

The win, and a Jaguars loss to the first place Seattle totems (18-1) vaulted the Generals into a tie for second place in the Pacific Division with the River City Jaguars (13-5), but the Jaguars have defeated the Generals in their only two meetings of the season. The Generals will face the Jaguars Friday and Saturday December 21-22.

The Generals are currently auctioning off the special military appreciation jerseys they wore for tonight’s game on eBay. The Generals will face the Coeur d’Alene Lakers this Friday and Saturday in Coeur d’Alene, ID at 7:30 PM. The game will be broadcast on GiTV in audio only. For more information on the jersey auction, upcoming games or GiTV please visit eugenegenerals.com.